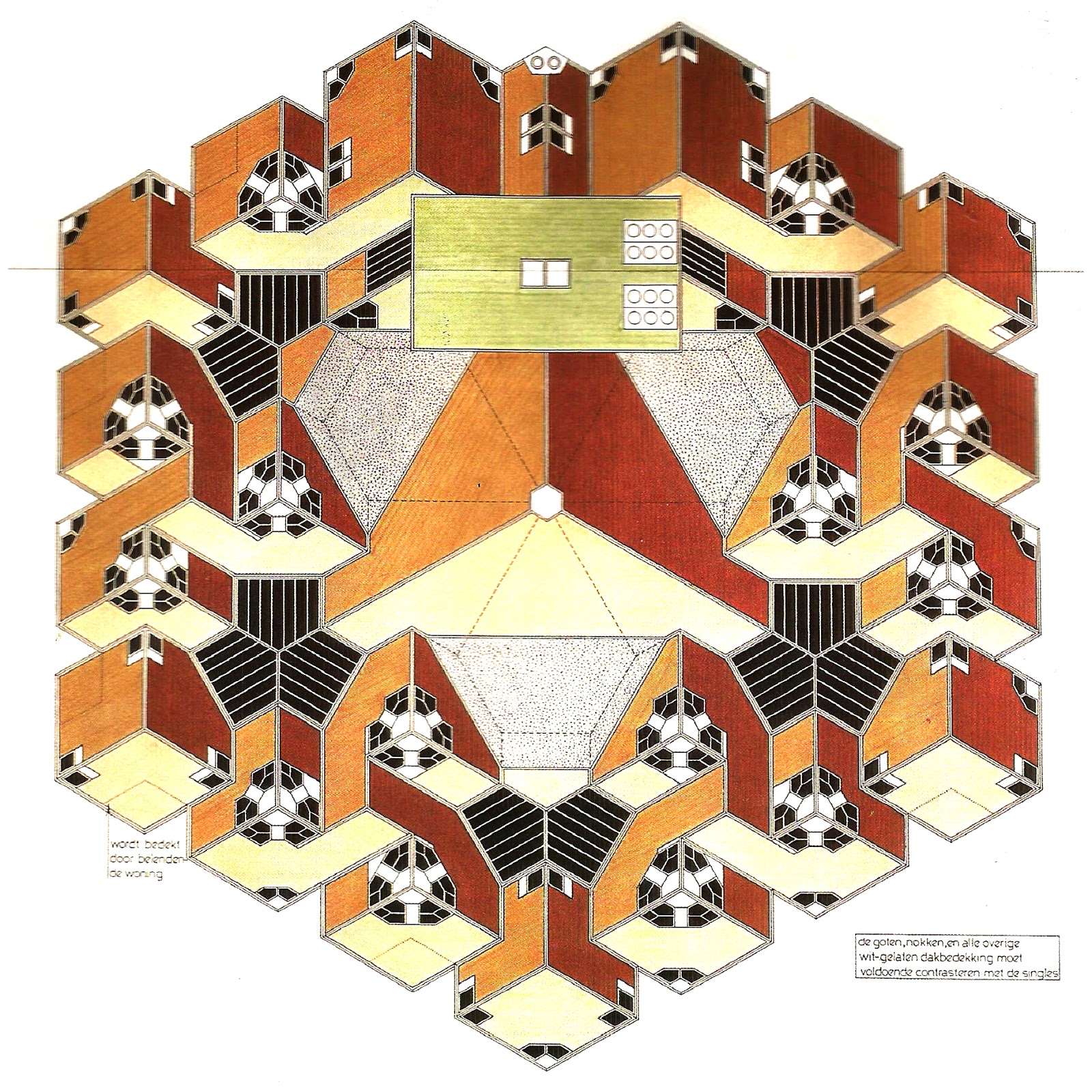 It is the nucleus of an ensemble which, when completed, will include 188 dwellings (density; 143 dwellings/hectare) situated around a series of socio-cultural facilities and open plazas in the very heart of the city. While the housing was considered to be an indispensable element in the recreation of new urban tissue on this vast empty site, Blom also recognized, after long discussions with local inhabitants, the desirability of introducing a strong focus for cultural activities accesible to the entire community. Rather than building the housing first and adding the collective facilities, the desires of the local people for a Playhouse have been fulfilled first.
The house-type, a kind of a tree-house, carries the biological metaphor somewhat further because of its formal quality. A cube poised upon one corner and raised atop a hollow pilotis constitutes the basic unit, although adjacent units could be joined to create larger dwellings.
Piet Blom has sought to achieve a delicate balance between the collective and the private. The housing may be regarded as semi-colective precisely because of the minimal dimensions of the house-type. Each house has its own private entry off of a space whose character will be, once the ensemble is completed, monumental. Inspired by the forest of columns in the mosque of Córdoba, the architect whised to create spaces at ground level whose density scale and symbolism would provoke a new sense of urban excitement. 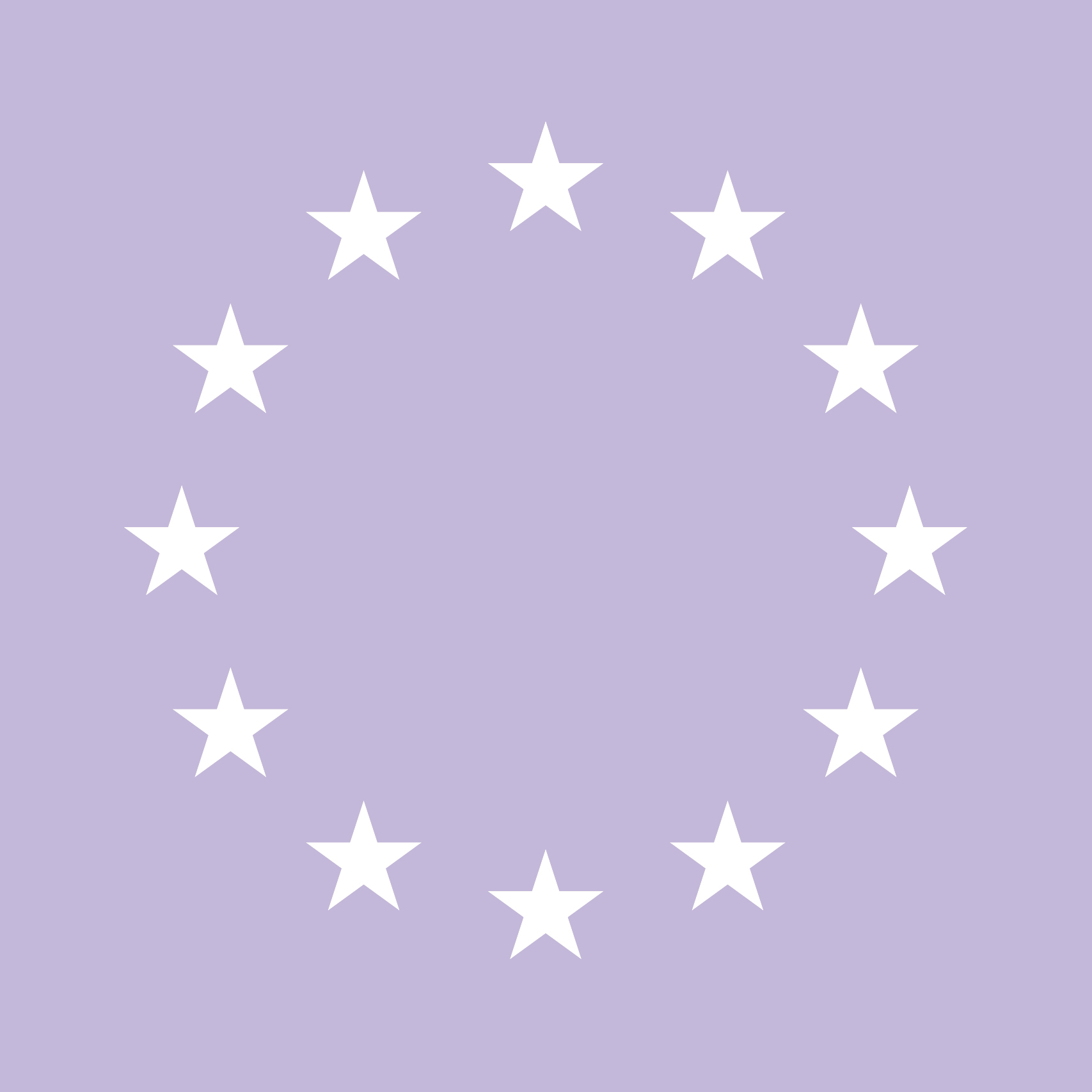 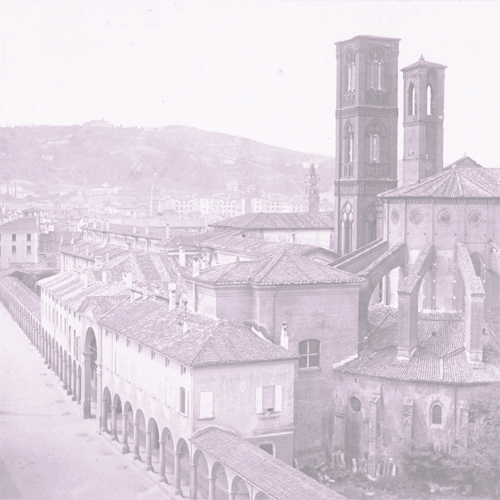 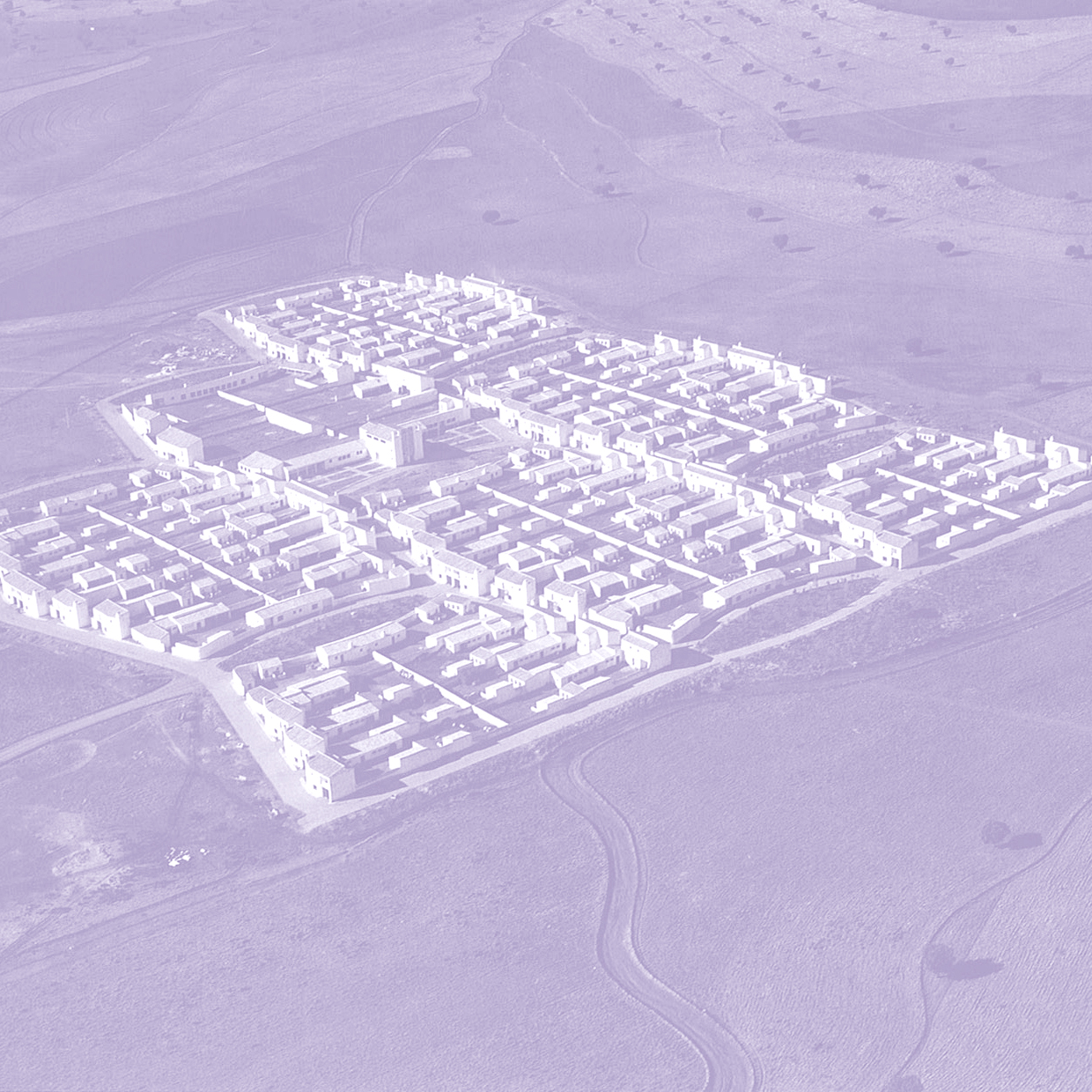 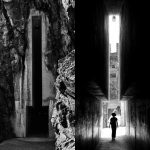 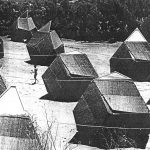